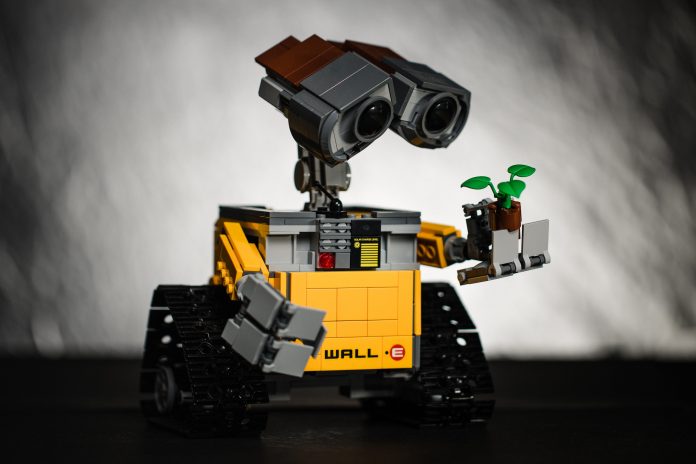 A few years back, my wife and I travelled to Prag where we got to know the story of the Czech writer named Karel Čapek. Interestingly in 1921 he had a play called R.U.R in which he introduced the word “robot” for the first time. Robot / Rabat has a Slawik root and means “to work”. So thanks to Mr. Capek, we use the word robot.

Normally when we talk about robots, we think of physical machines which move within an environment with a certain degree of freedom.

Since at least Star Trek, many think of Androids roaming the earth when thinking of robots, but until a few years ago, robotics arms in industrial settings (e.g. from the famous German robotics company KUKA) dominated the real image of a robot. Mobil robots as Honda’s ASIMO in the early 2000s already gave us a small vision of what the future might bring. In robotics the year 2004 can be seen as the starting point of the symbiosis of AI and robotics as improvements in sensors and the use of new machine learning algorithms seemed to make robots much smarter. Some of you might remember the grand DARPA challenge when DARPA challenged the world to build a self-driving car to successfully finish a course of 142 miles. Many years no car could ever achieve this, but in 2004, by adding artificial intelligence for image recognition and sensing, the challenge was won for the first time.

We see the development of a robot / A.I. symbiosis nowhere better than in self-driving cars. Tesla has a clear vision to reach full automation of its cars in all weather conditions and circumstances (e.g off-road, rush hour). This is considered a “level 5 autonomy”.

But today most of the cars have already level 1 and level 2 autonomy in their cars. This means that your car probably already supports you smartly in parking or some driving tasks (e.g. blind spot supervision, collision detection). Many people think that they do not have A.I. in their car unless it is fully autonomously driving but that is not the case. You would be amazed how much computing power and artificial intelligence goes into a robust and effective collision detection.

Level 3 autonomy is not allowed in Europe at this point. Level three means that the car is driving by itself but with human monitoring. Level 4 can already be seen on the streets in California, where cars have reached full automation in specific circumstances (e.g. driving during sunshine with no rain or fog). Level 5 would be a self-driving car which would be able to drive during fog in London, but also during rain in Rome and during rush hour in Delhi.

Other applications for smart robots can be found in factory robotics, warehouses or generally performing physical services (from delivery to elevators). As the prices for robots have been falling by more than 60% since 1990, more and more people are able to use them. Thus the growth of the robot market has been more than tripled since the famous DARPA challenge in 2004.